Who is My Alderperson?
What is the Current Status on Illinois State's Legislative Redistricting Process?
Where Can I Find Open Data From Various Government Agencies?
Where Can I Find Out More Information on Organ Donation?
What are the Latest Illinois Supreme Court Rulings?
How Can I Help During Natural Disasters
How Can I Find and Reserve a State Campsite?
Where Can I Get an Identification Card?
How Can I Find a Name for My Business
What is the Easiest Way to Access Public Records?
Where Can I Volunteer?
How is Illinois' Economy Doing?
What Jobs are there for the State of Illinois?
I am Interested in Adopting a Highway
What is the Process Like to Become a State Trooper?
What are the barriers to the Internet for people with disabilities?
Americans living with disability and their technology profile
My car was towed in Chicago. Where's my car?
Can I renew my license plates online?
How can I pay my property taxes online (Chicago region)?
Learning more about the Illinois government
Who is my alderman?
Education for Democracy Podcast: Introducing the Civic Education Resources Inventory 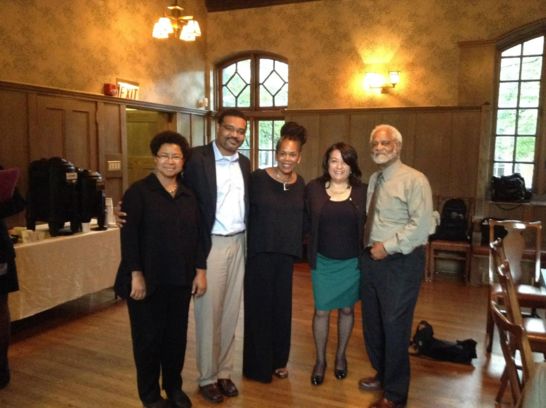 Last week, Chicago had the privilege of welcoming Troy Duster back to his hometown and hearing the grandson of Ida B. Wells discuss how engaged learning offers a pathway to civic engagement.

Duster is a Chancellor’s Professor at the Warren Institute on Law and Social Policy at the University of California, Berkley and an Emeritus Silver Professor of Sociology at New York University. His talk at the University of Illinois at Chicago (UIC)—“ ‘The Arc That Bends Toward Justice’ Requires an Accelerator: Engaged Learning as the Bridge to Civic Engagement”—was well attended by University scholars, students, and community members alike and encouraged the audience to help establish pockets of insurgency within the university that would allow students to experience engaged learning through partnerships in the community,  which would ultimately support habits of civic engagement; the university with its wealth of resources, according to Duster, must act as the initiators of civic engagement within the community. The event was hosted by UIC Great Cities Institute in partnership with affiliates on campus.

The Chicago Reporter also had an opportunity to have a conversation with Duster, inquiring after the nature of civic engagement, what the current level of civic engagement has to say about the struggle for justice, and what Duster sees as the future of African American political empowerment in Chicago. An edited transcript of the interview can be found here.

Excerpted from the interview: