The Gettysburg Address is at the core of my American-ness. It emotes dogged determination in the face of melancholic frustration—hope undercut by the severity of war, yet still pulsating on that battlefield of death and revived with vigor in the words prepared by the President of the United States.

Like most American speeches that are qualified by the halo of “great,” a tremendous conflict gave birth to the lyrics of the address. By the beginning of July 1863, the civil war had only recently reached its halfway point and was no longer merely threatening to tear apart the democratic fiber sewn together by the revolutionaries almost a century prior, but indeed had already damaged the needlework and ruptured the threads that had once unified the country under a great promise of democracy and freedom. The Battle of Gettysburg, in its bloodied divisiveness, seemed ripe to go down in history as simply another conflict in a great war: uncomplicated by nature of its divided stance in North versus South, winner versus loser; horrifically tragic in the number of casualties incurred; and on one side, an optimistic turning point for a Union wearied by war and hoping to see an end after two years of too many deaths. But then emerges President Lincoln four months later—divine-like in his magnitude, though humanized in his awkward gait—stepping onto the grounds once pooled in blood and still littered with remnants of the battle, prepared to dedicate the land to its sacred use as cemetery. His address, noted for its brevity from a President who characteristically entranced his audience in speeches of greater length, used the power of few words to deliver a message attributing more to the battle than history itself would have written. Whereas a lesser speaker might have offered polite and pretty remarks that effectively dedicated the grounds to their burial purposes, President Lincoln spoke pure poetry and in under two minutes not only consecrated the land (despite his insistence that it was the combatants and the fallen—not he—who did so), but also managed to imbue the battle with hallowed purpose and reorient the Union to its democratic principle of liberty and equality for all. In picking up needle and thread and carefully inserting the first reparative stitch, the President expressed a renewed vitality for the purpose of preserving the Union, for carrying out the mission handled by those now buried in the soil of Gettysburg. And his impressive handiwork 150 years later has not faded in the least; rather, his mending words ultimately created a new design in the fabric of the United States, a design that we still wear proudly as a nation and one that other democracies have adopted in their own governmental lexicon. Indeed, stitched into the essence of our democracy, into the identity of our collective American souls, we embody President Lincoln’s words:

And so I say again, the Gettysburg Address is at the core of my American-ness. I embrace this phrase of representative democracy. It qualifies me as a citizen. It places me within a historical legacy in which this very notion had been threatened but ultimately preserved. It, most importantly, acknowledges my personhood, my rights, my privileges.

Today culminates the 150th anniversary of the 3-day Battle of Gettysburg. Heading into the 4th of July when we commemorate the birth of our nation, these two historical observations—one joyful, one somber—coincide in a momentous celebration in which history reminds us that lives were lost and speeches were given and festivities were carried out in the name of our individual liberties and democratic freedom. And the words of history endure.

Americans Envision a Civic Infrastructure for Public Dialogue and Deliberation
Posted by Norma Ramos on October 31, 2012 at 04:02 PM CDT

I had the opportunity to attend the National Coalition For Dialogue & Deliberation (NCDD) Conference in Seattle a few weeks ago and thought this was a great overview and blog post about the conference and the efforts in the field to make progress in strengthening our country’s and communities’ civic infrastructure.

Several key points from her blog include:

•       Social capital serves as both the foundation and lubricant for a robust civic infrastructure — i.e., knowing and trusting one’s neighbors, public officials, and others with whom one must cooperate.

•       Deliberative public engagement seems to be most sustainable when it is a process (not a project) that the community itself owns and which government officials trust.

•       Politicians in states with direct democracy (initiatives and referendums) appear to be more supportive of deliberative public engagement than politicians elsewhere.

•       Politicians in states with direct democracy (initiatives and referendums) appear to be more supportive of deliberative public engagement than politicians elsewhere.

•       Citizens must stop behaving like demanding consumers and take responsibility for their decisions.

•       Courage is needed to engage a divided public on a growing number of contentious issues.

The United States of America is celebrating its 236th birthday tomorrow. That’s a large number for sure, and an age none of us will ever reach with our mortal 70-something longevity (on average). So isn’t there something remarkable about the fact that our democratic system has been passed down from generation to generation, surviving wars and economic crises, to reach an age that no human has the capacity to match? 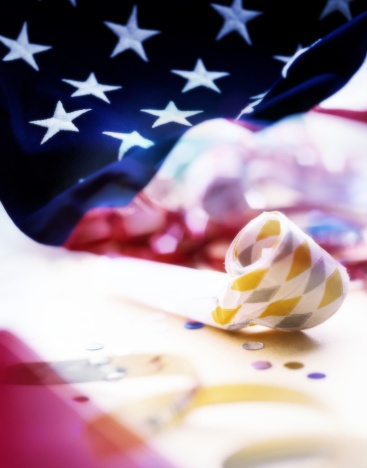 Aside from all the woe that this year has brought in news, from the economy to election-year issues, America has much to celebrate in its grand history. A modern democracy at its birth, America’s revolution (like others at the time) championed independence and equality. On July 4, 1776, 236 years ago, representatives of the 13 colonies adopted the Declaration of Independence as a statement announcing their freedom from the tyranny of the British monarchy and their intent to form their own government. Our democracy was established for the people by the people; it was created for an ever-changing present and a hopeful future. To that end, our country is not just serving those of us in the immediate present. Our country with “liberty and justice for all” has evolved throughout its two-plus centuries to bring truth to these founding words of freedom and equality and serve those who now make up our history and textbooks, and our democratic model will continue to evolve so that all the people it represents (and will represent) find themselves included in our mantra for equality. The U.S. has an imperfect history, and it continues to remain an imperfect nation. But the pillars upon which it was built serve as an ideal and a goal that our evolving democracy must strive to meet.

So let’s celebrate our nation’s birthday as we do every year—with with picnics, fireworks, parades, families, political speeches…and apple pie! But let’s also take time to reflect on the founding ideologies of our nation—“life, liberty, and the pursuit of happiness”—and be better in this 236th year at advancing these rights among all who pay tribute to the American flag.